Seattle-based Clausen Law Firm (CLF) was established in 1993 by attorney Mark Clausen. Over the past two decades, the firm has developed extensive expertise in the practice areas of construction, real estate, small business and personal injury law and litigation. CLF attorneys provide strategic representation to a broad array of clients from private individuals to major companies.

The firm has earned a reputation for taking on tough cases that other attorneys cannot or will not handle. In many instances, we’ve been brought in to rescue a case shortly before it is scheduled for trial or arbitration by parties needing effective legal representation at critical times. We are able to get up to speed quickly and either negotiate a fast settlement, prepare the case for trial or establish a new, more beneficial schedule so that the claim can be resolved fairly.

However, we aren’t just “hired guns.” Clausen Law works with clients on business formation, contract drafting and review, as well as dispute avoidance. We seek long-term relationships with our clients—realizing that trust is built not only by handling lawsuits effectively, but by helping our clients avoid them in the first place. This is why we work hard to preempt conflict and disputes by keeping our legal knowledge current, our skills honed and assuring our clients are on solid legal footing from the outset.

We pride ourselves on working transparently and in close communication with our clients. A benefit of working with a small firm like ours is the individual attention and tailored approach we can offer each and every client.

When you work with CLF, you can expect clear communication and prompt response times. We set expectations about how your case will be handled and keep you updated at every turn. Our goal is to provide you with insightful legal advice and expert representation to help safeguard your interests in meeting challenges, solving problems and managing risk.

“I have worked with Mark Clausen for more than 15 years—on construction and personal matters, and most recently my purchase of a business. I have complete faith in his advice and ability to handle complex matters effectively.”—Scott Olson, Development Services Consulting

Practice Areas
Mark Clausen is a leading attorney in construction and real estate law, the result of his successful practice in those areas since the mid-1980s. He has repeatedly been named a “Super Lawyer” by Washington Law & Politics magazine. After working for many years in civil litigation firms, Mark started his own practice, Clausen Law Firm, in 1993. He has handled high-profile, major matters in Washington, Alaska, California, Texas and Michigan. He has been involved in the trial of multimillion dollar cases since the late 1980s, and has negotiated a number of settlements for his clients involving payment of millions of dollars.

Personal Interests
Mark is an avid cyclist who races with the Taco Time Northwest cycling team. He is also an experienced backcountry skier and mountain climber. Mark has climbed mountains in Washington, Oregon, Idaho, Canada and Peru—and has summited Mt. Rainier five times. 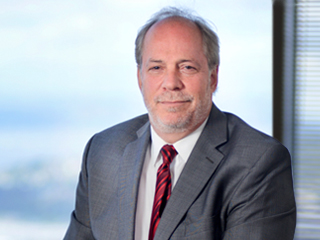 Practice Areas
After graduating from law school in Toronto in 1982, Steven Malek practiced as a barrister before the Canadian courts in Ontario and Quebec, including appearances as counsel before the Supreme Court of Canada. He honed his trial practice and advocacy skills in personal injury and criminal defense cases, as well as in representing physicians in disciplinary matters. Since establishing his practice in Seattle in 1999, Steven has focused his entire attention on personal injury litigation in order to provide individuals who have been injured through the fault of others with exceptional legal representation that never loses sight of the priorities and needs of the individual client.

Steven works aggressively and passionately to obtain full compensation for his injured clients while keeping them informed every step along the way. Each case is developed as fully as possible with the view that it will go to trial. Steven’s attention to detail and thorough preparation only serve to enhance his ability to obtain great results, whether by settlement, arbitration or trial.

Personal Interests
Steve lives on Mercer Island. He has 4 children, 2 step-children and 2 grandchildren. In his spare time he enjoys playing and writing music and participating in outdoor recreational activities. 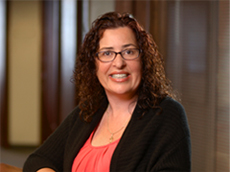 Education
Lisa has over 25 years work experience under the tutelage of many experienced attorneys in assorted facets of the law.

Practice Responsibilities
Working with CLF attorneys, Lisa prepares and applies legal concepts for clients. She also prepares legal filings and legal service of process; drafts demand letters and correspondence on behalf of clients; schedules motions; and records judgments, liens and and other necessary documents with the Recorder’s Office. She is in charge of setting up corporations and maintaining client corporate notebooks.

Personal Interests
A native New Yorker, Lisa moved to the Northwest in 2004 and loves to travel, hike and explore. She hopes to one day visit some of the many castles in Europe. Married for 14 years, Lisa likes sharing quality time with her husband, two adorable dogs and two independent cats. She enjoys reading and spending her weekends gardening and cooking up new and wonderful cuisine to share with friends and family.

The information contained in this website is for informational purposes only and does not offer any legal advice. You should contact an attorney to obtain advice for any specific issue or problem. Use of and access to this website or any of its email links do not create an attorney-client relationship between Clausen Law Firm, PLLC, and the user or site browser. All material on this site is copyrighted 2015 by Clausen Law Firm, PLLC.